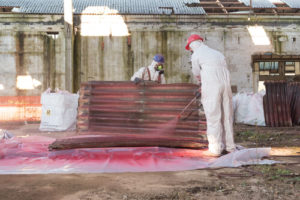 How a Beaumont Mesothelioma Attorney Can Help You

A Mesothelioma diagnosis can be devastating. Exposure to asbestos can cause a variety of cancers, but Mesothelioma is arguably the most insidious. Our Beaumont Asbestos Lawyers have handled numerous cases where this toxic substance has forever altered someone’s life, but Mesothelioma is especially troublesome because even low levels of exposure can cause the disease.

Asbestos is a mineral used in a variety of construction materials used in Beaumont, and has many other uses because of its fire-retardant and insulating properties. The danger lies in the microscopic fibers that can be inhaled, which damage the lungs and causes cancers, including Mesothelioma.

These fibers can also attach themselves to clothing, which means you can be at risk for Mesothelioma even if you are not working directly with asbestos. If you are exposed to asbestos in your Beaumont home or on the job, you may not develop Mesothelioma for many years. This underscores why it’s so important to speak with a Beaumont Mesothelioma Attorney immediately if you’ve been diagnosed with this terrible disease.

At Ketterman Rowland & Westlund, we take a compassionate approach to difficult Mesothelioma cases. Your Beaumont Mesothelioma Attorney has the experience needed to seek financial compensation if you or someone you love developed Mesothelioma because of exposure to asbestos. Contact us today for a free Mesothelioma consultation in Beaumont.

Beaumont, TX is located 25 miles by air north of the Gulf of Mexico, on the west bank of the Neches River, 85 miles east of Houston, and is the county seat of Jefferson County. The community helps to form what is currently known as the Golden Triangle, which is a prime industrial region on the Gulf Coast, together with close by Orange and Port Arthur. Beaumont was established around the farm of Noah and Nancy Tevis, who, in 1824, settled on the Neches. The small settlement that grew up around their farm was known as the Neches River Settlement or Tevis Bluff.

In 1835, when three men named Thomas Huling, Joseph Pulsifer, and Henry Millard started to plan a settlement on property that was bought from the Tevis family, and with the close by community of Santa Ana, it became the location for the settlement of Beaumont. Mr. Millard named the settlement after the maiden name of his wife, which was Beaumont. Beaumont was made the seat of the newly formed Jefferson County and, in 1838, granted a charter. Although, in 1840 a second charter municipal government was organized, it wasn’t long before it was abandoned. In 1860 another attempt short attempt at municipal government was abandoned. In 1881, under general statute, continual municipal government dates from incorporation.

During its early years, Beaumont was a small center for farmers and cattle raisers and, by the late 1800’s, had an active port on the river, allowing the settlement to become an important rice milling and lumber community. Established in 1892, the Beaumont Rice Mill was Texas’s first commercial rice mill. The lumber boom in Beaumont, which, in the late 1800’s, reached its peak, was largely, in part, responsible for the expansion and the rebuilding of the railroads following the Civil War. The community was served by the Missouri Pacific, Topeka and Santa Fe, Atchison, Kansas City Southern, and the Southern Pacific, railroad systems by the early 1900’s. The population increased to 9,427 people in 1900 from 3,296 in 1890.

The 1901 oil gusher named Spindletop produced an oil boom that increased the population of Beaumont to 20,640 people by 1910, as well as an economy based on petroleum, which, as pipelines and refineries were constructed, new oil fields were discovered. There was great wealth in the community. During the first year of the boom, three major oil companies, Humble, the Gulf Oil Corporation, and the Texas Oil Company were formed. The largest employer in Beaumont was the Magnolia Refinery. A shipyard was built, a turning basin dredged, and the river channel deepened by 1916.The Gulf States Utilities Company, which serves southwest Louisiana and southeast Texas, made its headquarters in Beaumont. In 1925, another burst of growth occurred with the discovery of a new Spindletop oilfield. By 1920, the population of Beaumont had increased to 40,422 people and by 1930 had again increased to 57,732 people.

However, there was also a darker side to this time period. The Ku Klux Klan became stronger in Beaumont during the 1920’s, and between 1922 and 1924 the local politics were controlled by the Klan. However, the organization had lost much of its membership, by the end of the 1920’s, subsequently much of its power. During WW II, the economy in Beaumont prospered with oil refining and shipbuilding, although it was stagnant during the Great Depression. However, overcrowding came with this new boom, which might have contributed to the Beaumont race riot of 1943, during in which interracial violence resulted in a virtual shut down of the community as a declaration of martial law was enacted.

After WW II, the economy in Beaumont expanded with synthetic rubber and petrochemicals. This lasted until around 1960, when the plateau was reached, and growth slowed. The civil rights movement started to gain momentum during the middle 1950’s. Two consecutive desegregation lawsuits were won by the local NAACP. An inquiry by the General Investigating Committee of the Texas House of Representatives resulted in three days of public hearings on the illegal gambling and prostitution district in Beaumont during the early 1960’s. This was a byproduct of being a boomtown. Subsequently, the police department was reorganized. In 1950, the population of Beaumont was 94,014 people. In 1960, the population of Beaumont was 119,175 people, and in 1964 was the sixth-largest city in Texas. However, the population had decreased to115, 919 people by 1970 partially because of the automation of the petrochemical industry that had started during the early 1960’s. By 1985, Beaumont had several local radio stations, two television stations, and one newspaper named the Beaumont Enterprise. The government in Beaumont operates under a 1947 council/manager form of government. Beaumont is home to Lower Neches Valley Authority, the federal district court, and the Ninth Court of Civil Appeals. The community is provided with general and commuter aviation facilities by the Jefferson County Airport in Nederland. A municipal airport also serves Beaumont. Annual events in Beaumont include the Kaleidoscope Arts and Crafts Festival, the Neches River festival, and the South Texas State Fair. The population of Beaumont was 114,323 people in 1990. However, the population of the community decreased to 113,866 people by 2000. 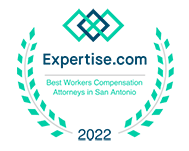