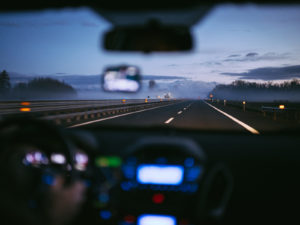 All states see their fair share of traffic accidents throughout the year. Consistently, however, Texas is the worst year after year. In fact, Texas has not had a day without one traffic accident since November 7, 2000. Many of these accidents are fatal for those involved.There are many different causes for car crashes across the state, and Texas lawmakers and law enforcement agencies are always exploring ways to lower the number of accidents and deaths on the roads. It’s important, though, that victims of these crashes know they can take action now to demand the justice and compensation they deserve.When another person is negligent and causes a car accident, those hurt can file a personal injury claim against the at-fault party or their insurance company. If you find yourself in this situation, please contact the experienced attorneys at KRW Lawyers. Our dedicated team will treat you with the respect and compassion you deserve.

What You Need to Know About Texas Crash Statistics

Of all the accidents that occur on Texas roads, car accidents are the most common. Although many of these crashes are minor, car accident statistics from the Texas Department of Transportation (TxDOT) show they can also be very serious. Sometimes, these accidents are fatal for those involved. According to TxDOT: Although these statistics are alarming, there are even more troubling stats coming out of Texas involving motorcycle crashes.

Riding a motorcycle is certainly a fun and adventurous way to get around, and Texas has beautiful climate throughout the year for bikers. Unfortunately, riding a motorcycle is more dangerous than driving a passenger vehicle. When a motorcycle crash occurs, the biker is even more likely to suffer serious or fatal injuries.Below are just a few motorcycle accident statistics that show just how dangerous Texas roads can be. It’s clear from looking at the statistics that motorcycle crashes are typically much worse than those involving passenger vehicles. However, truck accidents produce some troubling statistics, as well.

When a commercial truck and a smaller vehicle are involved in an accident on the road, it’s those in the passenger car who suffer the most severe injuries. Trucks are much heavier than cars and take longer to slow and stop. As such, when a crash occurs, those in smaller cars have little chance.Below are some of the most startling truck accident statistics from TxDOT. From the statistics, it’s clear that truck accidents are a serious problem on Texas roads. When those in smaller vehicles get into an accident with a commercial truck, the odds are greatly stacked against them.

It’s natural to wonder why Texas sees so many fatal crashes on its roads. However, there is no one single reason. Instead, there are a number of factors that contribute to auto accidents in the Lone Star State. These include: When a driver engages in any of these behaviors and causes an accident, those injured can hold the negligent driver and their insurance company liable.

What Could Be Done to Reduce Crashes in Texas?

Legislators are trying to determine a way to stop the number of crashes and make the roads in Texas safer for everyone. House Bill 1287 was one such measure. This bill, which has received bipartisan support, would reduce the speed limit on roads that didn’t have a posted speed limit from 30 miles per hour to 25. It is still waiting on a vote in the full House of Representatives.Additionally, Senate Bill 43 would make the use of a handheld device illegal while driving in Texas. Some cities in Texas, such as Austin, have already created their own similar law, but legislators want to make it an offense for anyone in Texas. Under this law, only hands-free wireless devices would be allowed, and drivers could face harsh penalties if caught holding their phone behind the wheel. Unfortunately, this bill hasn’t even been heard in the Senate yet, which is the first step to getting it passed.Lastly, House Bill 4243 would change the Texas Transportation Code. This bill would change all references of “accidents” to “crashes.” The idea behind this bill is that the term “accident” implies the collision was inevitable, while the term “crash” indicates someone was at fault. It hasn’t had a hearing in the Senate yet, either.

Clearly, auto accidents in Texas are fairly common. When they occur, it’s important that accident victims understand that when someone else was at fault, they could be entitled to compensation. These cases quickly become complex, however, so it’s important to speak to a car accident lawyer in Texas as soon as possible.At KRW Lawyers, we know the disastrous effects of these crashes and we are dedicated to helping accident victims claim the compensation they need. If you’ve been hurt, contact us online for your free consultation.