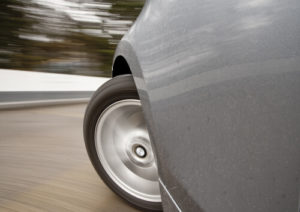 Regardless of the safety features vehicle manufacturers develop, there are always going to be motorist driving as if they are the only ones on the road.

They fail to comprehend the fact that every person driving a vehicle has the responsibility of adhering to the law in order to prevent unnecessary accidents and injuries. If you do sustain an injury from this type of accident, it may be time to contact a San Antonio car accident lawyer.

What is “Failure to Yield?”

What comes to mind when you hear the term “Failure to Yield?” Many people picture an intersection in the middle of nowhere. The red and white triangular sign signifies that while there may be traffic coming from the opposite direction, it’s highly unlikely. What harm or foul could come from assuming the coast is clear and there’s no need to interrupt the journey?

While the mentioned scenario qualifies, it’s not the only situation that can leave a person injured, or worse, in this type of accident. Aggressively merging onto a busy highway or interstate without creating distance between vehicles already on the roadway is also a failure to yield. Making a left turn without double checking for oncoming traffic from each direction can cause a failure to yield accident. Even entering a street from a private driveway without stopping for traffic is considered a failure to yield.Failure to yield is one of the most common reasons for a traffic injury in the state of Texas. Regardless if they were driving another vehicle, an individual who has been hurt or injured due to a failure to yield by another driver is able to sue the responsible motorist for contemporary damages. Both economic and non-economic damages may be accounted for. These can include vocational rehabilitation, pain, and suffering, out of pocket expenses, loss of income, and even household services.

What should I do After an Accident?

If you have been involved in an accident due to another driver’s failure to yield to your right of way, there are certain things you can do to protect yourself and your interest. Below you will find steps you should do after a car accident.

You will want to take pictures of the scene of the accident if you’re physically able. Takes as many pictures as possible, from every direction. Be sure you take pictures both close up to the vehicles involved and from a distance. If you’re able to do so without putting another motorist at risk, take pictures from the direction the other driver was facing, as well as from your own point of view.

You will also want to be sure to exchange both contact and insurance information with the other driver. It’s easy to allow a temper and emotion to run over when involved in an accident due to someone else’s lack of responsibility. Go out of your way to avoid arguing or fighting with the other party involved. It is not your job to prove to them that it was their fault. Your insurance company and professional attorney will handle the debating for you.

You can expect to be contacted by the insurer of the other party wanting your statement from the accident. It will be in your best interest to wait until after you have spoken with and retained a car accident attorney to represent you.While the other party may have been at fault in the accident, their insurer will look for any reason they can find that may be used to change how the appearance of the incident.Although you may not intend on saying something that could be used against you, these agents make their money using any statement they can that will make their client look innocent.